Something Special for the Holidays

Something Special for the Holidays 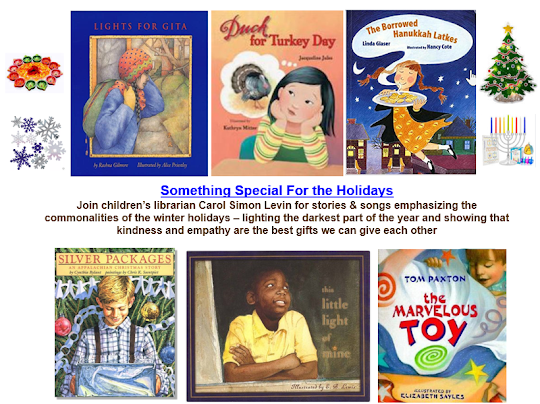 Book: Lights for Gita, a Diwali Story by Rachna Gilmore (told a shorter version of the story & showed the pictures)

Book/Song: This Little Light of Mine by E. B. Lewis

Towel Folding Story: The Case of the Missing Turkey -- Rhonda Turley   Piedmont, OK via PUBYAC. Video: http://www.youtube.com/watch?v=tq4eojAsNlY  (or search youtube for towel and chicken).
Other Thanksgiving ideas and songs can be found here: Pre-School Storytime/Craft: Thanksgiving

"Last year, I was in charge of cooking the family thanksgiving turkey.I set my alarm for early in the morning so I could pop it in the oven to cook for our family dinner. 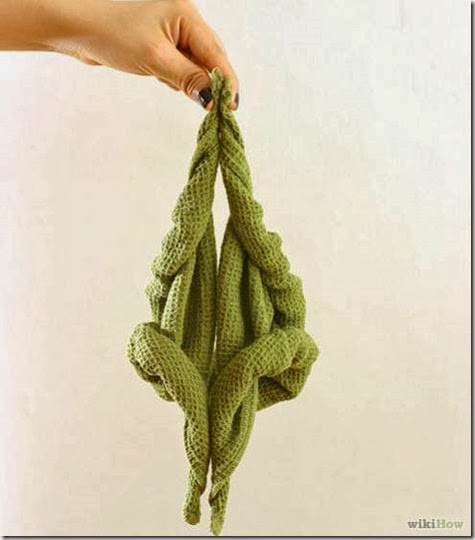 Optional Song: The Turkey Shot Out of the Oven (words: Jack Prelutsky, chorus: Cathy Darby)
Tune: “My Bonnie Lies Over the Ocean” Check it out on Youtube, subtitled in Chinese! The turkey shot out of the ovenAnd rocketed into the air,It knocked every plate off the tableAnd partly demolished a chair.Oh my, oh me, why didn't I follow the recipe?Oh my, oh me, why didn't I follow the recipe?It ricocheted into a corner,And burst with a deafening boom,Then splattered all over the kitchen,Completely obscuring the room. ChorusIt stuck to the walls and the windows,It totally coated the floor,There was turkey attached to the ceilingWhere there'd never been turkey before. ChorusIt blanketed every appliance,It smeared every saucer and bowl,There wasn't a way I could stop it,That turkey was out of control. ChorusI scraped and I scrubbed with displeasure,And thought with chagrin as I mopped,That I'd never again stuff a turkeyWith popcorn that hadn't been popped!

Optional Prop/Song: I Know An Old Lady Who Swallowed a Pie – based on the book by Alison Jackson (great song for helping kids work on their memory skills – try to have them remember the different foods in the countdown; can also use rhyming reminders (phonemic awareness) as clues.) (We use a cardboard old lady with a plastic see-through stomach panel and a cardboard box mounted behind for the food items.) Lyrics and more images: www.4gaslps.com/IKnewAnOldLadyWhoSwallowedAPie.doc 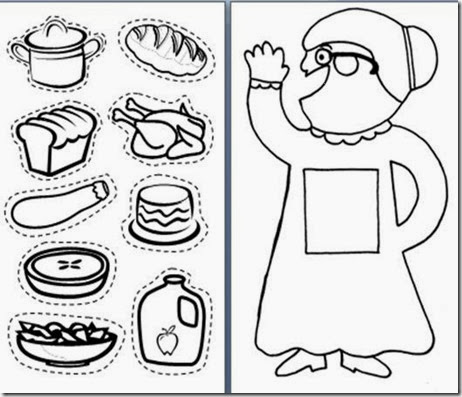 Flannel Song: I had a Little Dreidel, I made it out of ...clay, mud, sand, soap, ice, straw, etc!
Lyrics for this and other songs can be found here:  http://carolsimonlevin.blogspot.com/2013/11/turkey-latkes-thanksgiving-chanukah.html 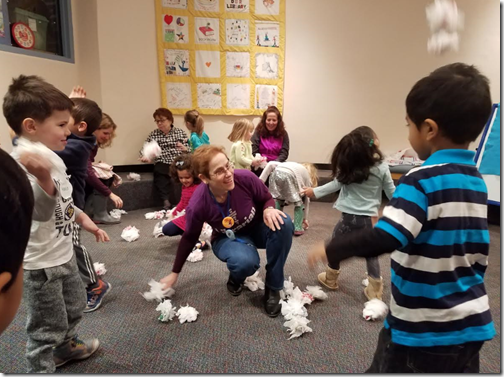 Activity: Snowball fight using plastic bag snowballs, to the music “Sleigh Ride” by Leroy Anderson (on album Season’s Greetings)
Making snowballs for the program:
1) Gather a white plastic grocery bag into a long, skinny tube-like length with the handles on one end.
2) Fold the length in half, then in half again.
3) Wind a rubber band around the middle until it is tight.
4) Cut open both ends to remove any folded areas.
5) Then fluff out pieces
Idea courtesy of:  Susan Dailey, librarian, speaker and author of "A Storytime Year" 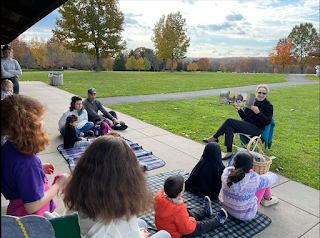 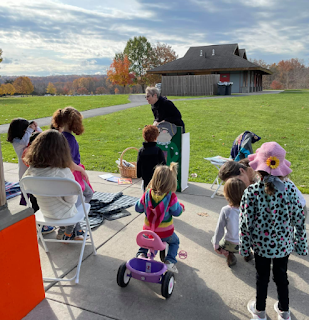 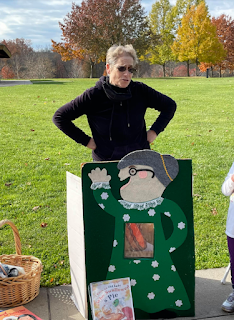 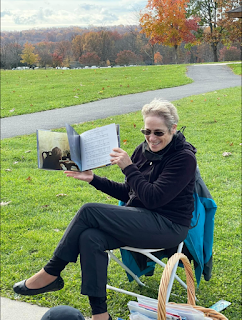