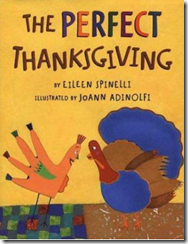 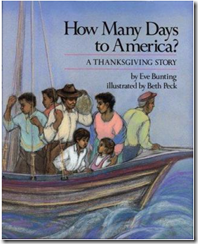 Book: How Many Days to America? A Thanksgiving Story by Eve Bunting (some groups) (A family fleeing an unnamed country (likely Cuba) finds sanctuary on American shores on Thanksgiving Day.) 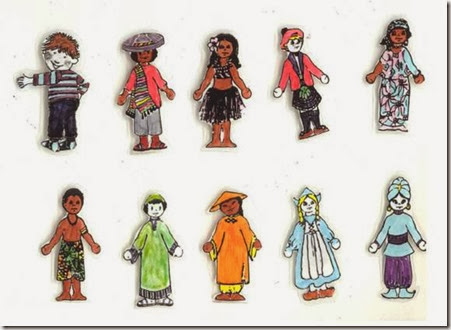 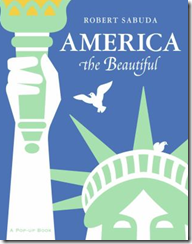 Pop Up Book/Song: America the Beautiful by Robert Sabuda (extraordinary pop up cut outs of iconic American icons from the Golden Gate Bridge to Mount Rushmore to the Statue of Liberty)

Song/Prop: I Know an Old Lady Who Swallowed a Pie (based on the book by Alison Jackson – cut out mounted woman below)

Song: The Turkey Shot Out of the Oven (words: Jack Prelutsky, chorus: Cathy Darby)Tune: “My Bonnie Lies Over the Ocean” Lyrics below and here: http://carolsimonlevin.blogspot.com/2013/11/thanksgiving-storytimes-preschool-and.html  Check it out on Youtube, subtitled in Chinese! 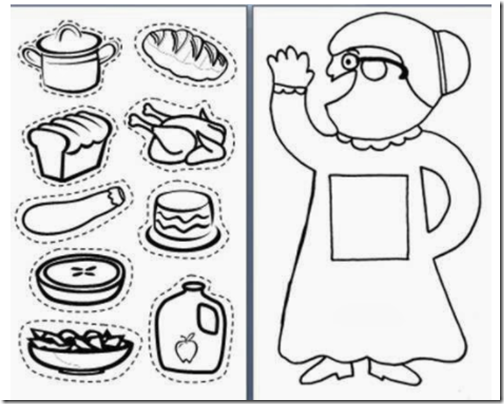 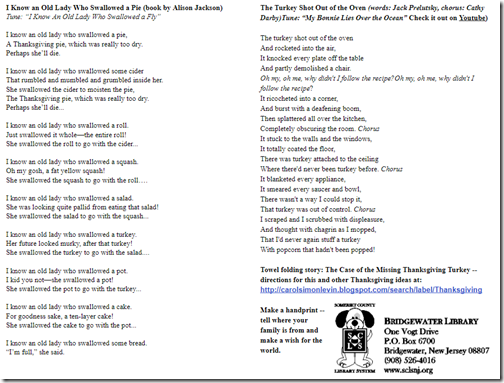 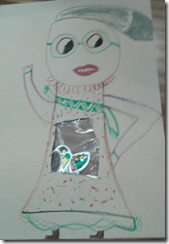 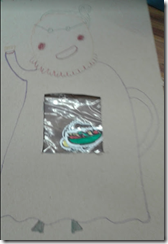 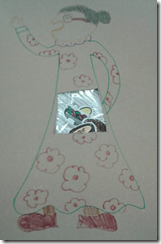 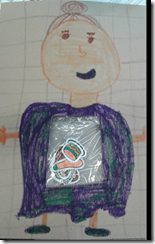 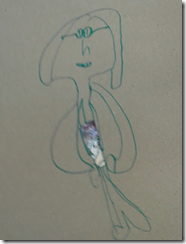 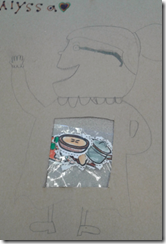 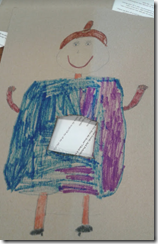 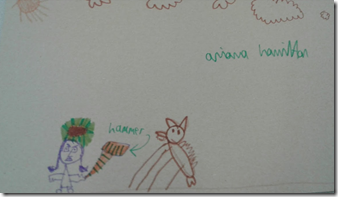 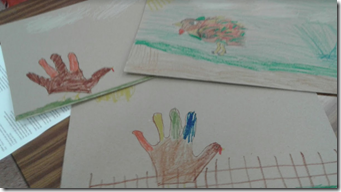 Book/Song: One Little, Two Little, Three Little Pilgrims – B.G.Hennessy (point out what they are doing in the pictures – that the Wampanoag’s help enabled the Pilgrims to get the food they needed to survive – no Shoprite or Costco!)
Song/flannel: Hurrah for Thanksgiving Day (Kdg)

Book: Duck for Turkey Day – Jacqueline Jules
Discussion: who came from a different country? parents? grandparents? – all of us came to this country at some time unless we are Native Americans)
Song/Glove: "Uno Dos Tres Amigos" (sang in other languages students knew)

Book: Over the River and Through the Wood – Lydia Maria Child/Westcott illustrations
Song/food pieces, Old Lady I Know an Old Lady Who Swallowed a Pie

Book: How Many Days to America by Eve Bunting (1st Grade)
Book: The Perfect Thanksgiving by Eileen Spinelli (Kdg);

Song: The Turkey Shot out of the Oven – based on the poem by Jack Prelutsky (above)

Additional possibilities – didn’t arrive in time this year: Thanksgiving at the Tappletons' by Eileen Spinelli or This is the Feast by Diane Shore or This is Me: A Story of Who We Are & Where We Came From – Jamie Lee Curtis & Laura Cornell (many families came to America with only the clothes on their backs and perhaps a small suitcase. If they were coming, what would they bring? what would they have to leave behind?)

Posted by Carol Simon Levin at 1:21 PM No comments: