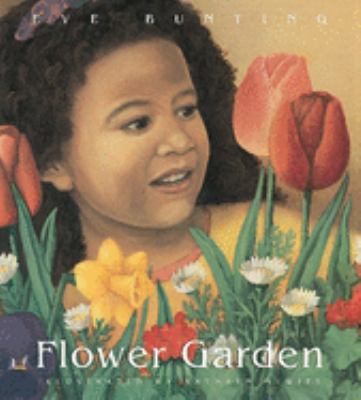 Gardens & Growing: A seasonal storytime for ages 2-6 celebrating gardens and growing (plants and people)  Includes identifying some of the flowers and creatures who live in the garden habitat, colors, numbers, a touch of fantasy, and the value of patience in letting plants and people grow at their own pace.

Opening Music: “Family Garden” track #2 from Family Garden by John McCutcheon and or “The Garden Song” sung by Maria Muldour track #2 on Pickin’ & Grinnin’ (and on various other albums.)

Book: Flower Garden by Eve Bunting – A young girl in the city makes a windowbox garden for her mother. 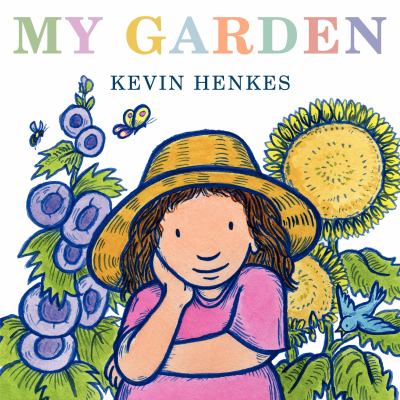 Book: My Garden by Kevin Henkes – A young girl’s fantasies about what she would plant in her garden include seashells and jelly beans.

Flannel: Fran’s Flower, based on the book by Lisa Bruce (text below) – Fran tries to get her flower to grow by feeding it pizza and strawberry ice cream!

Action song: “This is the way we dig the ground…to plant our flower garden” (tune: Mulberry Bush).  Plant our seeds..rain will fall…plants will grow…flowers will bloom…sun will shine…on our flower garden.) 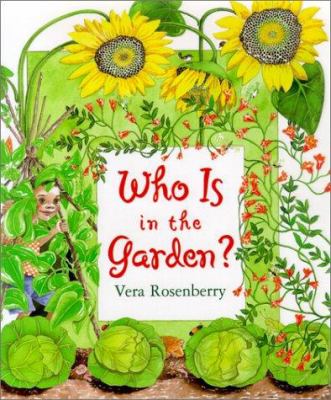 Interactive book: Who is in the Garden? by Vera Rosenberg – helped children look closely to find the creatures who make their home in the garden 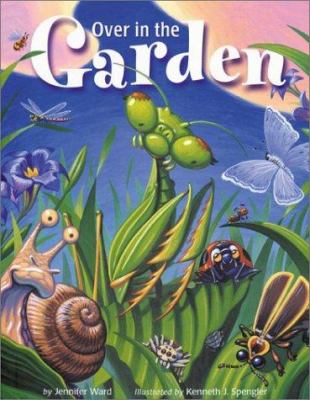 Singable book: Over in the Garden by Jennifer Ward. – we found and counted the creatures on each page and acted out their movements – including somersaults with the roly-poly bugs!

Flannel: Titch, based on the book by Pat Hutchins – Titch is smaller than his siblings and can’t do everything they do, but his seed grows big!

(If time) Book: If You Plant a Seed by Kadir Nelson – beautifully-illustrated parable on selfishness vs.sharing. 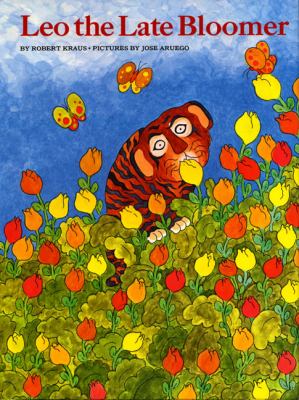 DVD: “Leo the Late Bloomer” on Weston Woods Stories About Growing Up (PPR-wkrm) – Leo is slow to learn to talk, read, write or do other things but, in time, he “blooms”!

Optional craft: 5 stamp set of the stages of a seed to plant (stamps/stamp pad/paper/crayons)

Additional book possibilities:
Sidewalk Flowers by John Arno Larson – beautiful wordless story about taking time to pick the flowers but a bit small for group sharing
So Happy by Kevin Henkes – a boy, a rabbit, a magic seed, and a book make a great gift
Planting a Rainbow by Lois Ehlert – beautifully illustrates the steps of growing a flower garden, similar to her Growing Vegetable Soup.
The Carrot Seed by Ruth Krauss – the classic story of growing and patience

SPRING FLOWERS (Source unknown) (5 flowers, cloud, lightning)
Place flowers on the board
5 spring flowers, all in a row. [Hold up 5 fingers]
The first one says [hold up 1 finger] “we need rain to grow” [Use fingers to show rain]
The second one says [hold up 2 fingers] “oh yes, we need water” [Nod head yes]
The third one says [hold up 3 fingers] “it’s getting hotter!” [Fan face with hand]
The fourth one says [hold up 4 fingers] “I see clouds in the sky!” [Point up]
The fifth one says [hold up 5 fingers] “I wonder why!” [Shrug shoulders and hold up hands questioningly]
Then…BOOM! went the thunder [add cloud to board] and
CRASH! went the lightning [add lightning bolt]
That springtime storm was very frightening [Hug self as if scared]
But the flowers weren’t worried, oh no, no, no! [Shake head]
Because the rain helped them to grow, grow, grow! [Raise arms as if growing]!
Count the flowers as they are placed on the board, and talk about the colors. For the two-colored flowers, ask about the color on the outside, and the color on the inside.

Fran’s Flower by Lisa Bruce (flannel pieces in bold below)

One day Fran found a flowerpot filled with soil. Poking out of the top was a tiny green tip. “I will grow this flower,” Fran said to Fred (dog).
She took it home. “Grow Flower,” she said. But the tip stayed tiny.
“I think this flower is hungry,” Fran said.
So Fran went to the fridge. Inside found her favorite food.
She gave the flower a slice of pizza.
The next day Fran gave it a piece of cheeseburger.
Then she gave it spaghetti, two chocolate chip cookies and a large spoonful of strawberry ice cream.
She even gave it one of Fred’s juicy bones.
But the flower didn’t grow. The tip stayed tiny. Fran got fed up.
“Silly flower!” Fran said, and she threw it out the back door.
The flowerpot fell onto the ground and rolled away. The rain fell on it.
The wind blew on it.
The sun shone on it.
Finally, the tiny green tip grew… and grew… and grew.
Until one day Fran and Fred went outside to play.
When they opened the door, a surprise was waiting…
A big beautiful flower—just for Fran.