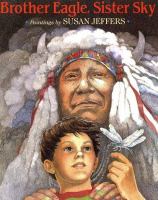 A storytime for K-4 students celebrating the first Americans – Helping students gain an understanding of the Native Americans’ reverence for the natural world through their words & pourquoi stories.
Can be used with Core Standards relating to folk tales. (R.L. 2.3, 3.3.- details below).

Opened with track #1 (flute solo) from  Beneath the Raven Moon (any Native American flute CD would do) -- asked kids to identify instrument -- any sense of where it was from?   Talked about the First Americans – for many generations (hundreds  of years before before the Pilgrims), many different people had lived in what we now call America. Some of them (a people called the Wampanoag) helped the Pilgrims survive that first terrible winter.  Two weeks before Thanksgiving, we’ll share some of their old stories “folktales” (get kids to help define)
Before science came up with the idea of the Big Bang…Native American pourqoui tales of how the world came to be… 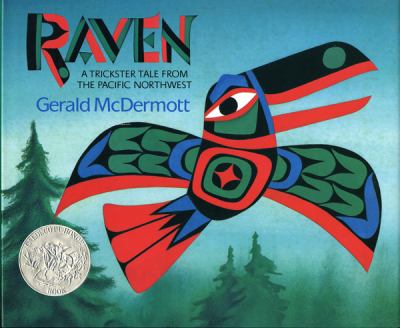 Raven: A Trickster Tale from the Pacific Northwest – Gerald McDermott (398.208997 MCD)
A beautifully illustrated (Caldecott honor) retelling of the tale of how Raven stole the sun from the Sky God and gave it to the People. 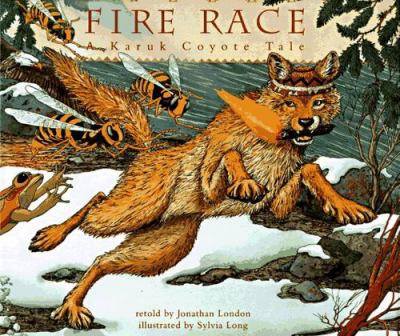 Fire Race: A Karuk Coyote Tale (California area) retold by Jonathon London  -- All the animals work together to steal fire from the Yellow Jacket sisters so that the People will be able to make fire for cooking and warmth.

Song: “This Little Light of Mine”  lyrics 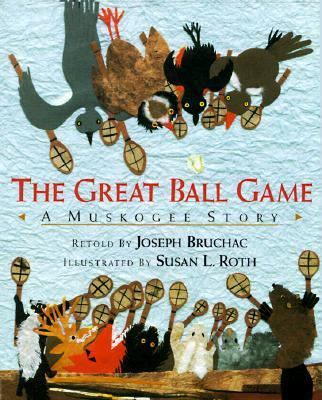 The Great Ball Game: A Muskogee Story (Georgia) retold by Joseph Bruchac (398.208997 BRU) – To prevent a war, the Animals & the Birds decide to determine which is superior by way of a ball game. Animals have teeth, birds have wings but bat has both – which side will he play on?  Little creatures can make a big difference in this tale that tells why birds have to fly south every winter. 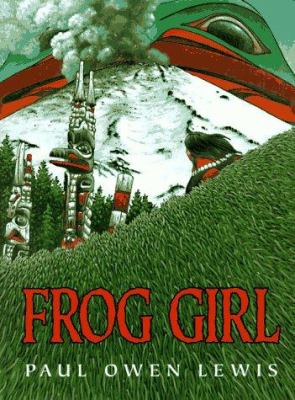 Frog Girl – Paul Owen Lewis (398.208997 BRU)  After all the frogs are carried away from a nearby lake, the Chief’s Daughter ventures under the lake to save her people’s village.

Song: “We’ve got the Whole World in Our Hands” (traditional) lyrics  -- used “frogs in the lake” “birds in the air” “animals in the woods” “mountains and seas” “flowers and trees” “you and me” “whole world”
Discussed how Native Americans cared about the environment, didn’t think people could own the land, the trees, or the wild animals anymore than they owned the sky…

Song: “Thanks a Lot” (Raffi) lyrics

Common Core Connections:
2.2 Recount stories, including fables and folktales from diverse cultures, and determine their central message, lesson, or moral.
3.2 Recount stories, including fables, folktales, and myths from diverse cultures; determine the central message, lesson, or moral and explain how it is conveyed through key details in the text.

Related titles:
Squanto’s Journey: The Story of the First Thanksgiving – Joseph Bruchac (398.208997 BRU)
Tapenum’s Day: A Wampanoag Indian Boy in Pilgrim Times by Kate Waters (974.4 WAT) a photo-essay exploring the life of a Wampanoag boy in the 1620s.
Giving Thanks: the 1621 Harvest Feast by Kate Waters (394.2649 WAT) a photo-essay reenactment as a 6 year old English boy and a 14 year old Wampanoag boy share their stories of what might have happened at that first feast.
1621: A New Look at Thanksgiving – Catherine 0’Neill Grace & Margaret M. Bruchac – illustrated with photographs from the Plimoth Plantation.  Great background info but not a read-aloud.
Eagle Boy: A Pacific Northwest Native Tale retold by Richard Lee Vaughan (Picture Vaughan) – the story of how an abandoned orphan boy is saved by bald eagles and comes to save his people as well.
Maiden of the Mist: A Legend of Niagara Falls – Veronika Martenova Charles (398.208997 CHA)
Owl Eyes –Frieda Gates (398.208997 GAT)
Dancing With the Indians – Angela Shelf Medearis (Picture Medearis)
The Legend of the Indian Paintbrush – Tomie dePaola (398.208997 DEP)
& many of the Paul Goble titles ((398.208997 GOB)
Bedm 11.14


Posted by Carol Simon Levin at 1:58 PM No comments: 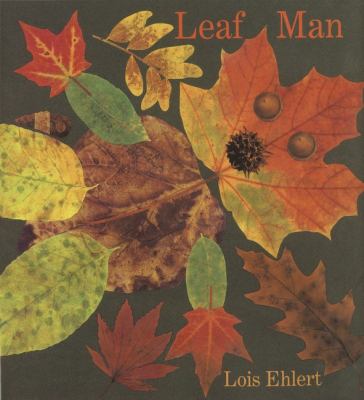 Fall Frolics: Story and Craft (Ages 3-9)
Join us as we celebrate the season.  We'll be reading the book Leaf Man by Lois Ehlert, then crafting some imaginative leaf creations of our own.
If you have found some beautiful fall leaves, bring them along!
Displayed autumn books for kids to browse while waiting for others to arrive.
Entering music (also used while crafting):  John McCutcheon’s Four Seasons: AutumnSongs
Autumn Leaf -- Cut & Tell Story – story & directions here.

The Little Yellow Leaf by Carin Berger.  (A lone yellow leaf clings to a giant oak tree  refusing to let go of his branch until the encouragement of a scarlet leaves helps him to overcome his fear of change.)

Action Song (Mulberry Bush variant): This is the way we rake the leaves… jump in the pile, throw leaves in the air…rake them up again…on an autumn day.

Mathematical Moment – Can you guess how many leaves might be in a big tree in your yard?  Solicit guesses….can you believe as many as a million?!?  Showed this Bedtime Math Problem: Raking It In and had kids help figure out the answers.  More Bedtime Math leaf mathematics here. 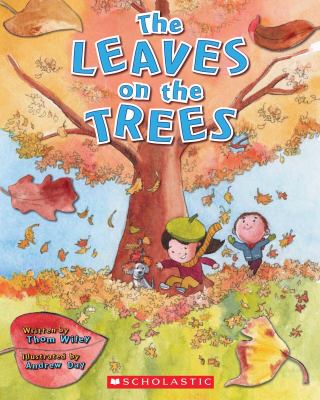 Book/Song: The Leaves in the Trees by Thom Wiley (mnemonics for leaf identification) 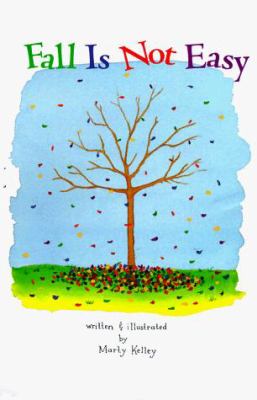 Fall is Not Easy by Marty Kelley (A tree finds some pretty wacky ways to change colors in this light-hearted book.)

Leaf Man by Lois Ehlert (Leaves form people, chickens, fish, cows and many other objects in this artistic and splendidly-creative book.)