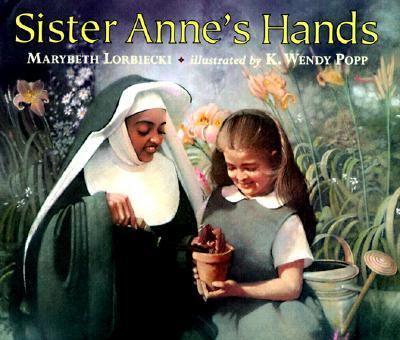 We’ll hear the story “Sister Anne’s Hands” about a teacher and a girl who integrate a school – then learn a fun way to make Valentines with your own hand prints.

Music playing while kids were entering and later for craft: The Beatles “Love” Album. (Motown would have also been nice but all checked out.)

As kids were arriving, opened with Lois Ehlert’s book Hands: 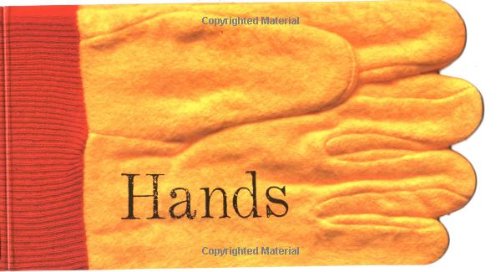 Then said that I was taking them back in time to about 50 years ago (when I was about the age of the girl in this next book).  In those days people were judged by the color of their skin and, in some places, people didn’t want black and white kids to go to the same schools, play in the same playgrounds, drink from the same water fountains…

Said we will be making our own handprint Valentines, but first want to show them one more book – Beautiful Hands by Kathryn Otoshi 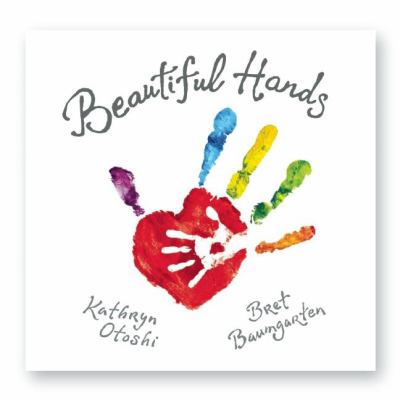 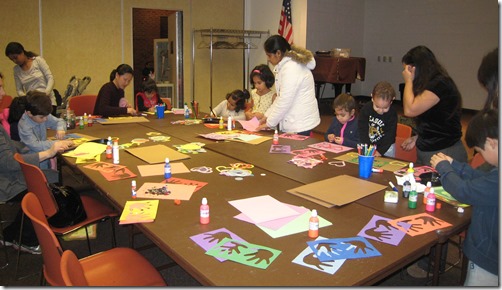 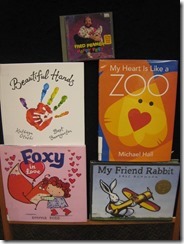 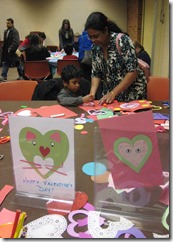 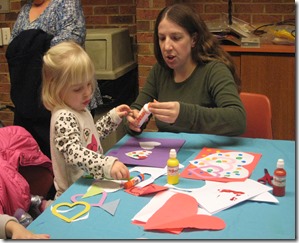 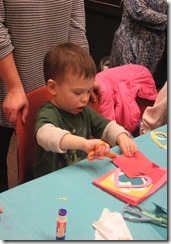 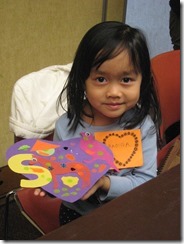 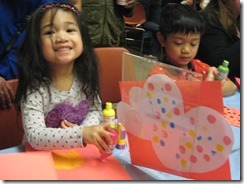 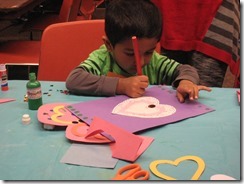 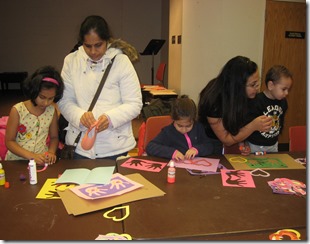 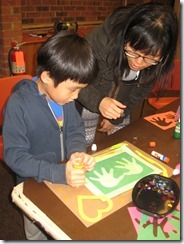 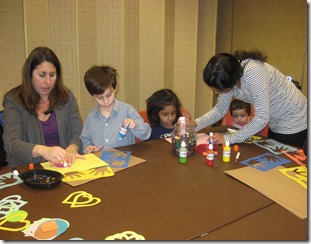 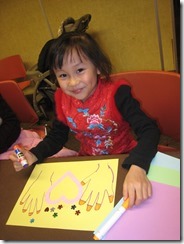 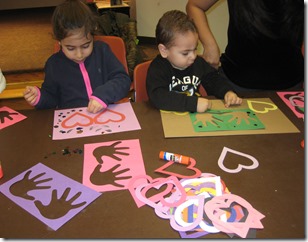