A K-3 storytime emphasizing pioneering women inventors and the challenges they faced. Opened with a discussion of the phrase “Necessity is the mother of invention” 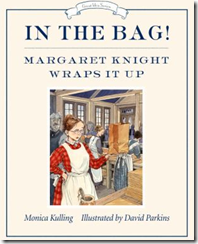 In the Bag! Margaret Knight Wraps it Up by Monica Kulling – the story of the 19th century “Lady Edison” (also discussed NJ’s own Thomas Edison) Knight, eventual holder of twenty patents, fought discrimination and proved that she was just as intelligent an inventor as a man.

Action: Hi, My Name is Joe & I Work in a Button Factory – Left/Right reminders, get the wiggles out! 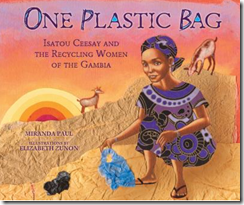 One Plastic Bag: Isatou Ceesay & The Recycling Women of the Gambia by Miranda Paul – showed the pictures and summarized this true story of a woman who had the idea of turning the mountains of discarded plastic bags plaguing her village into crocheted purses. 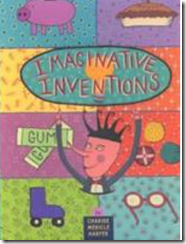 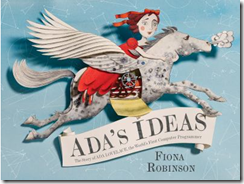 Ada’s Ideas by Fiona Robinson – showed the pictures and summarized the story of the world’s first computer programmer. 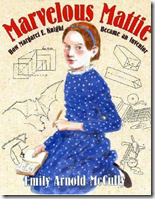 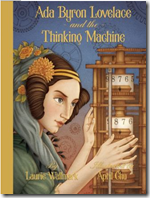 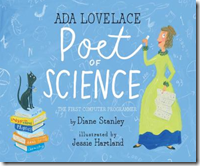 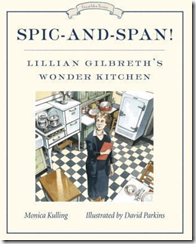 Spic-And-Span! Lillian Gilbreth’s Wonder Kitchen by Monica Kulling --the story of the world's first female industrial engineer & efficiency expert and the first woman elected to the National Academy of Engineering. Closed with two books celebrating imagination, creativity & girl power (with a nod back to the paper bag we started with):

If I Built a House by Chris Van Dusen – a kid imagines a truly spectacular house (I encouraged kids to design their own imaginative rooms) -- and The Paper Bag Princess by Robert Munsch – a princess outsmarts the dragon holding her fiance prisoner then decides the shallow prince is not worth marrying.

Another wonderful empowered princess –Princess Atalanta from “Free To Be You and Me” – check  out the Youtube video HERE.

If you want to get your kids involved in inventing & constructing, you might want to do a “Cardboard Challenge” inspired by Caine’s Arcade – details at: http://cainesarcade.com,
http://cardboardchallenge.com/ and 2017: http://imagination.org/our-projects/cardboard-challenge/